Uganda’s mobile circumcision truck has one clear goal: to get as many men and boys as possible circumcised safely.

According to the team, they have helped more than 80,000 undergo the procedure in the past five years.

Looking from the outside you would not expect much.

It is a 20ft container mounted on to a trailer. What could betray its purpose are the paintings on its sides showing people visiting a health facility. 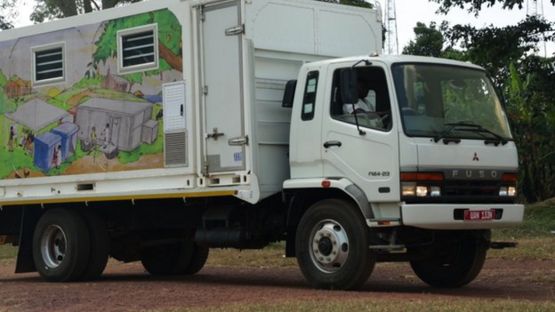 When it rolls into a town, village or sets up on an island, it plugs itself into the local community to get the word out about its services.

Out of the truck come tents, tables and medical equipment – it is essentially a moving clinic.

On this particular day the team had set up at a health centre in Nakifuma village, about 40km north of the Ugandan capital Kampala.

The first person to be circumcised was 18-year-old Frank Kiyaga.

He was always scared of the procedure. In fact he ran away when his mother tried to get him to do it.

But the truck had been in the neighbourhood for several weeks and his friends convinced him it was safe.

According to the World Health Organisation, male circumcision reduces the risk of heterosexual men getting HIV by approximately 60%.

But for many in Uganda, getting it done is not easy, mainly because there are not enough safe facilities and it can be expensive.

Mr Kiyaga told us: “I walk to this place and it’s free of charge. Yet the other place you could get circumcised from is 2km away and you have to pay for the operation.

“The other [free] option is Kayunga, which is 30km away.”

The whole point behind the truck is to offer this potentially lifesaving operation to whoever needs it.

Because of the resources available, their work has focused on areas in central Uganda and some islands in Lake Victoria. 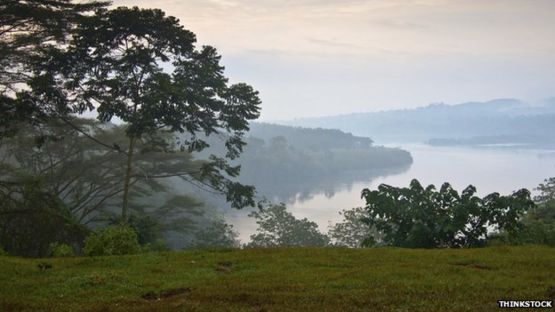 The organisation behind the innovation is the Makerere University Walter Reed Project, a collaboration between scientists in Kampala and the US military HIV research programme.

Fred Magala, who heads up the team operating the truck, says: “You can’t move a physical building.

The process of getting circumcised starts with education and testing in the tents set up around the truck.

Those under 18 have to get parental consent. Patients are taught about the procedure and its benefits but it is always stressed that it is not guaranteed protection against HIV and that safe sex still needs to be practised.

Once they have undergone tests for HIV and other sexually transmitted diseases and been given the all clear, they then climb up the stairs into the vehicle.

Inside is a small but well-equipped medical theatre. It has a couple of beds separated by curtains so two patients can be circumcised at a time. 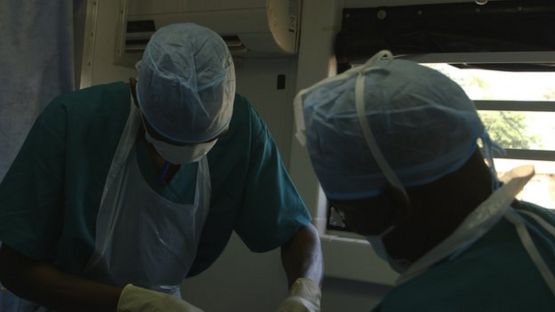 Patients entering are given theatre clothing and a change of shoes, the normal practice in many parts of the world. There are heart-rate monitors and oxygen tanks, and every patient is treated with a disposable kit.

Back in 2010, the Ugandan government set itself a target of getting 4.2 million men and boys circumcised by the end of this year.

But it seems unlikely that that will be reached. A report by the state-run Uganda Aids Commission found that, by the end of 2013, 1.4 million had undergone the procedure.

It attributed the slow uptake to misinformation. For example, some tribes that traditionally carry out circumcision saw the clinical approach as weak because of the use of a local anaesthetic; some men were scared about the pain and how long it would take for them to heal; and some women thought it would lessen their partner’s sexual performance.

The report also found that the operation was not easily accessible for many men, as was the case with Mr Kiyaga. And this is where the truck offers to play a role.

We caught up with him after his operation. A local anaesthetic had been used so he was not in pain and was able to wear his tight jeans.

He had not told his family he was going ahead with the procedure. We walked home with him to find out their reaction to the news. He lives just 200m from where the truck was parked.

His aunt and cousins were at home. She was very pleased. She said: “It’s a good thing because Frank was the only one who hadn’t been circumcised out of my boys at home.

Some are already looking at the mobile circumcision truck as an innovation that could be extended to help people get access to a range of healthcare.

Having a well-equipped, clean and efficient operating theatre on wheels that can get to many parts of the country could help accident victims, mothers having difficulty giving birth, and those who cannot get to a hospital.